David Wise set a new world record in freeski with the highest air off of a quarterpipe to baked landing at the Audi Nines in Sölden, Austria. During the week-long progression session featuring the world’s best freestyle snowboard and freeski athletes, the 28-year-old freeski phenom from Reno, Nevada, landed the history-making air on a unique snow launch ramp feature.

For the last eleven years, the high-profile media event has brought together elite riders in a spirit of collaboration and progression at the world’s best ski resorts. Having made its debut in Sölden one year ago, Audi Nines upped the ante in 2019 with even more futuristic and innovative snow features: Course highlights included two Big Air jumps, giant quarterpipes and the 33-foot-high “Launch Pad” ramp catapulting riders over a 105-foot gap for a chance to make history and push the boundaries of their sports.

On Wednesday, freeski rider and two-time Olympic gold medalist Wise made history by setting a new world record of highest air out of a quarterpipe to banked landing: Soaring a stunning 38 feet and 4 inches (11.7 meters) above the coping.

Simon Dumont set and still standing world record of highest air for quarterpipe to quaterpipe of 35 feet, 5 inches in 2008 on a 38-foot quarterpipe, landing on the same transition from which he launched.

The 33-foot-high quarterpipe obstacle for Wise’s historic feat included the banked landing for added safety. It was designed and co-created over the course of one year by Wise along with the Audi Nines crew. Built by the Schneestern build team, the feature took design cues from a similar obstacle used by legendary skateboarder Danny Way to set the current world record quarterpipe air in skateboarding, and incorporated input from snowboarder Terje Haakonsen. 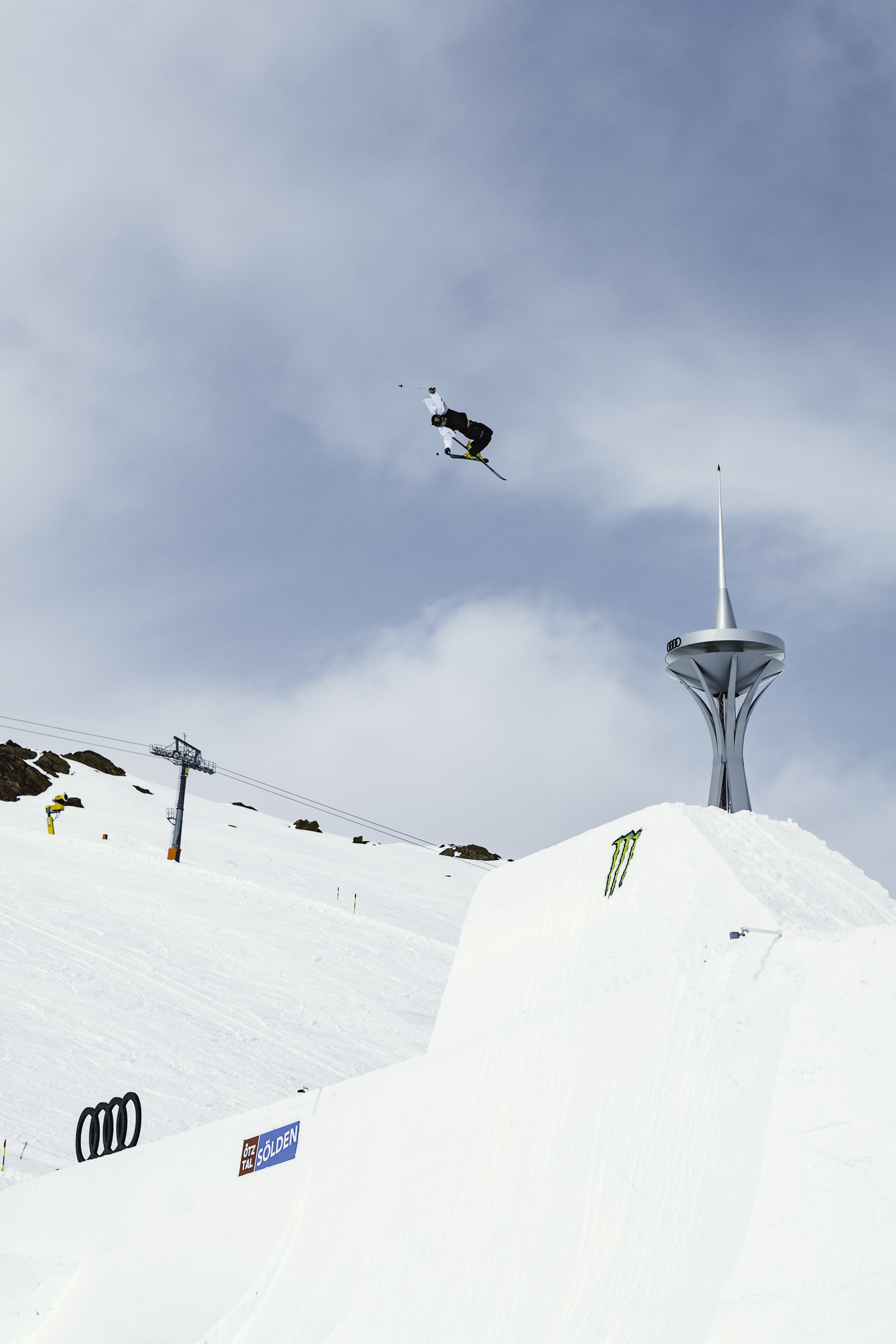 “I was just enjoying myself and I started going a little higher each time,” said Wise. “I never got to the point where I was terrified. I eventually got some butterflies, but butterflies in a good way. We just kept going higher and higher. It was really nice to have a measuring system in place so I could do a jump, find out immediately how high I was, and then go do another jump.”

Wise is no stranger to raising the bar at Audi Nines: In 2016, the 28-year-old freeski phenom from Reno, Nevada, already shattered the record for highest air on a hip, flying 46 feet, 6 inches (14.2 meters) above the coping.