Boarding for Breast Cancer (B4BC) is hosting the 11th Annual Skate the Coast presented by Suja, September 29, 2018. Skate the Coast is a 19-mile skate, bike, or roll from the Santa Monica Pier to Redondo Beach in support of B4BC’s education, prevention, and survivorship programs. 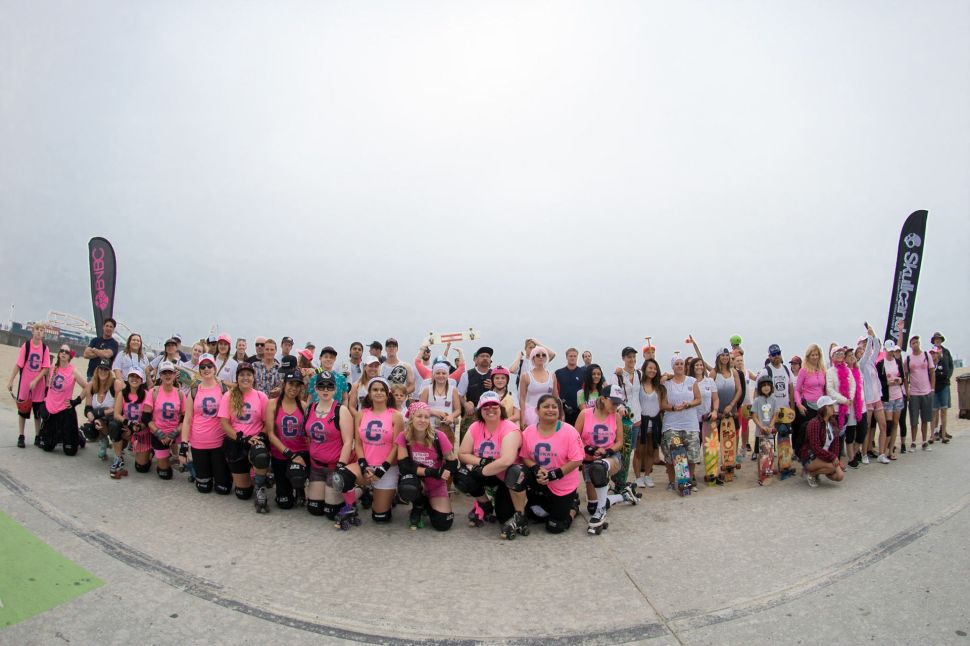 Since its inception in 2005, B4BC’s Skate the Coast has raised over $300,000. Funds raised support B4BC’s outreach, education, and survivorship programs. A portion of the days proceeds will benefit Cancer Warrior Foundation.

The event kicks-off on Friday evening, September 28 with a registration party at Arbor Collective in Venice with live music, BBQ by Traeger Grills, Suja Juices and a huge silent auction + raffle.  Saturday, September 29, participants are slated to skate-bike-roll along the iconic Strand of the Los Angeles coast starting at the Santa Monica Pier and ending at Dive-n-Surf in Redondo Beach.

Join B4BC athletes, staff, friends and industry partners as we celebrate the community coming together for a cause! Highlights include: